During the nationwide lockdown, the Endangered Wildlife Trust  will be offering a series of free webinars (times indicated in South Africa Standard Time ‎(UTC+2)‎,  allowing you to discover the outdoors, indoors. Be the first to know about upcoming Wild Chats by signing up to their mailing list   for more information. Zoom  link will be shared the day before each talk.

They say dogs are a man’s best friend, but not for this bloke! He’s living the life on a remote island with the local wombats. 🐾

Ever dreamt about escaping the rat race to your own personal utopia? Well, how about befriending local wombats? Back Roads guest presenter Paul West heads to Flinders Island in Tasmania to meet up with eco warrior Addy Jones and his little mate Womy the wombat.

We’ve got a wombat in the car
I look after orphaned ones
What was it that first drew you to the island
The biodiversity
They are still untouched
The people are wild as the weather
He’s a bit of an eco-warrior
Whose passions range from
Making surfboards out of recycled materials
Wildlife rescue
In that regard its very special
I’m comfortably broke but very healthy
The environment for one
It’s not for everyone because it is very remote
Logistically it’s a bit of nightmare
You can’t have everything
It’s a pretty amazing lifestyle, it really is 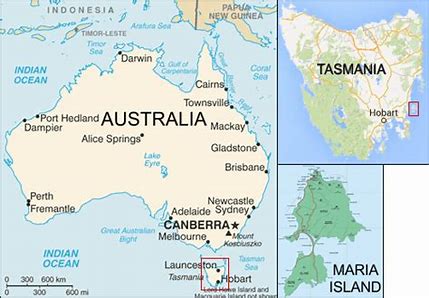 Explore other rainforests around the world HERE

Explore other rainforests around the world HERE

This true blue beauty is a gooty sapphire tarantula at the Dallas Zoo. Native to the forests of Gooty, a small town in the Indian state of Andhra Pradesh, these spiders’ bright coloring comes from tiny hairs that line their body. They are quick and extremely venomous—a single bite can leave a human in excruciating pain that can last over a week. Sadly, due to deforestation, the species is currently critically endangered.

This chestnut-and-white-striped antelope is an eastern bongo. Fairly large in size, eastern bongos can weigh between 500 and 900 pounds with horns as long as 40 inches in length. Despite their size, they are timid creatures, most active during twilight when they graze on leaves and bushes. Due to hunting and destruction of their natural habitats, they are well below the critically endangered threshold, with only around 100 bongos left in the wild.

In four isolated regions of Kenya

As wide as their widest part of their body

They are rather timid creatures

The darkness helps them to hide from predators

Putting them well below the critically endangered threshold

The destruction of their habitat

In an effort to protect them

Without fear of poachers

“Never before has the issue of plastics in our oceans received so much attention on a global scale. Plastics|SA, the umbrella organization representing the entire South African plastics value chain, signed The Declaration of the Global Plastics Associations for Solutions on Marine Litter, also known as the “Joint Declaration” in 2011. According to this declaration, we are committed to doing everything in our power to help protect our marine life from plastic and other packaging materials which are threatening their natural habitats and therefore also their survival,” READ MORE

“Scotland is blessed with an abundance of marvellous creatures great and small which inhabit land, water and air. Here is an introduction to one of the native Scottish species which features in our fantastic Scottish Wildlife Series ebook.

Meet the capercaillie, one of the most iconic Scottish wildlife species, and yet also one of its most elusive. This large wood grouse inhabits Scottish native pinewoods and conifer plantations. The male of the species, with its inky plumage, fanned tail, gleaning turquoise breast and crimson fringed eyes, is a particularly striking sight.

Unfortunately the increasingly scarcity of these habitats makes spotting these birds quite difficult. So much so in fact, that it faces a real possibility of extinction and currently features on the ‘Red List’. But there is still a chance you could catch sight of one! Even if you’re more likely to hear rather than see it.

During the ‘lekking’ or mating season which lasts from around March to the end of June, listen carefully and you might hear the distinctive call of the male – best described a low-decimal series of ‘clicks and ‘pops’ – to lure potential mates. Autumn is also a prime time to try a catch a glimpse of these shy birds before they vanish to hibernate for the winter.

Teniqua Treetops is a unique, tented tree house resort, offering eco accommodation, occupying a position high on the foothills of the ancient Outeniqua mountain range, yet situated along the magical Garden Route, close to the magnificent sea shores of the Western Cape, South Africa.

Are you taking the ECPE Speaking Test ?Click HERE

Join 1,230 other subscribers
Follow Vocabulary in Chunks on WordPress.com