Mirrors | A Poem by IN-Q

The Kalimantan Rainforest in Borneo, Indonesia is one of the most biodiverse spots on Earth. Bustling with life, the dense greenery is home to orangutans, all kinds of birds, frogs, you name it. But the rainforest won’t stay that way if mining and logging continues unchecked. Which is why The Nature Conservancy’s Dr. Eddie Game is listening to the sounds of the rainforest to measure the impact of human activity on the area’s wildlife.

From breathtaking stargazing and vast wetlands to fascinating desert discoveries and ocean shipwrecks, we’ve found the best hidden gems to visit in Dubai. Come along on a diving adventure, meet the wildlife thriving in the desert, and be enchanted by the spectacular desert sky.

This Great Big Story was made possible by Visit Dubai

The once plentiful sea turtles of Zanzibar are disappearing. Poaching and bycatch have severely reduced the population of these elegant reptiles. But there’s still hope. The Mnarani Marine Turtle Conservation project is working hard to look after the turtles in order to bring their numbers up to previous levels. A Great Big film by filmmaker Dan the Director. 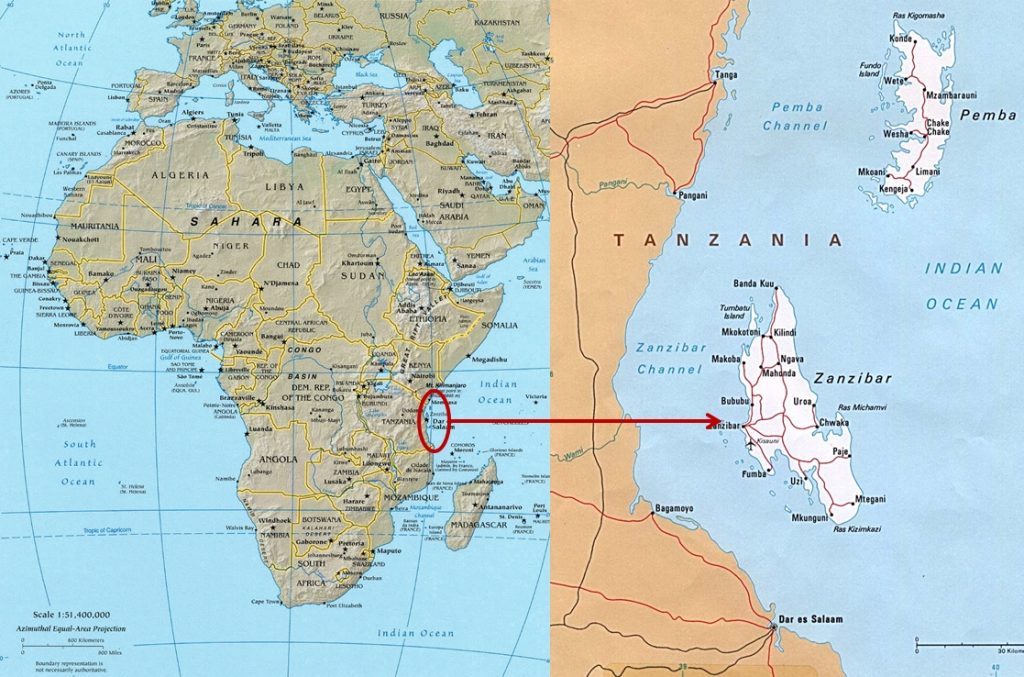 The village of Kamikatsu in Japan has taken their commitment to sustainability to a new level. While the rest of the country has a recycling rate of around 20 percent, Kamikatsu surpasses its neighbors with a staggering 80 percent. After becoming aware of the dangers of carbon monoxide associated with burning garbage, the town instated the Zero Waste Declaration with the goal of being completely waste-free by 2020.

Soda and soap bottles don’t belong in the sea, but it’s too often where they end up. In fact, experts estimate that an entire garbage truck worth of plastic hits our oceans every minute—the vast majority of it coming from developing nations like Haiti. To alleviate the problem, the Plastic Bank pays people to collect plastic waste that can be recycled and reused. Richardson Gustave oversees the organization’s daily operations around his home city of Port-au-Prince, coordinating transportation and inspection, and ensuring that collectors have the equipment needed to complete this vital task. This is the second story in our latest series, “The Brave,” all about the incredible people protecting our Great Big Planet.

Want to help protect our oceans? Get involved: https://oceanconservancy.org/ Ocean Conservancy is working to protect the ocean from today’s greatest global challenges. With their partners, they create science-based solutions for a healthy ocean and the wildlife and communities that depend on it.

‘A good well lived life is one where you’re able to pursue your passions and do something you feel strongly about. Rehabilitation is just the most exciting thing. When you see an animal just doing what it does and engaging with you, priorities really do get put in place.’ – Talitha Noble

Talitha works in the Turtle Rehabilitation Unit at Two Oceans Aquarium in Cape Town, South Africa. She nurses sick or injured turtles back to health, and then releases them into the wild again. Thanks for all that you do for these beautiful creatures Talitha.

Lexical chunks to learn from video :

Find out more by visiting the Two Oceans Aquarium HERE

Vocabulary chunks to learn after watching the video :

After graduating with a BSc degree, Kevin began his career in exercise and post-operative rehabilitation. He made a dramatic career switch when he was given an opportunity to work with lions at a local lion park.

As a self-taught animal behaviorist, he has broken every safety rule known to man when working with these wild animals. Flouting common misconceptions that breaking an animal’s spirit with sticks and chains is the best way to subdue them, he uses love, understanding and trust to develop personal bonds with them. His unique method of getting to know their individual personalities, what makes each of them angry, happy, upset, or irritated-just like a mother understands a child-has caused them to accept him like one of their own into their fold.

Kevin’s unique relationships with these large predators have opened many doors and captivated the imagination of many people throughout the world. He has presented and produced several documentaries that detail his relationships with the animals and highlight the plight of lions both in captivity and in the wild.

Kevin has also written a book appropriately named, “Part of the Pride” detailing his work over the years with the large carnivores and is now affectionately known by his fans worldwide as “The Lion Whisperer”.

Are you taking the ECPE Speaking Test ?Click HERE

Join 1,230 other subscribers
Follow Vocabulary in Chunks on WordPress.com